Betty June Oceanak, age 94, went to heaven to polka with her beloved husband, Pete, on Sunday, August 23, 2020. It was fitting that Betty died on a Sunday morning because as a lifelong soprano for Doylestown United Methodist Church, she was probably eager to join the choir of angels in their rendition of her favorite hymn, “How Great Thou Art.”

Betty was born in New Hope, Pennsylvania, to the late Mae and Lester Hager. She graduated from New Hope-Solebury High School and went to work as a teller for a local bank.

Betty met Pete Oceanak on a blind date and fell in love when he played country songs on his guitar. On June 19, 1948, they married and “went to housekeeping” in a little apartment above the bank in New Hope.

Betty gave birth to their first child, Craig, in 1953. When Pete was drafted during the Korean War and served in Atlanta, Betty and Craig moved to Georgia to be with him. In 1955, the young family returned to Doylestown, and soon Debbie came along. A couple of years later, Pete’s brother’s wife died after childbirth, and Pete and Betty raised their baby, Patty, for several years. After returning little Patty to her father and his new wife, Betty decided she needed one more baby, and Scott was born.

During these years, Betty was a homemaker. When Scott entered elementary school, she returned to being a bank teller, this time for Doylestown Federal Savings, where she worked until her retirement. Betty was known for warmly greeting customers and making everyone feel welcome. In fact, Betty made everyone feel welcome everywhere she went. She introduced herself to one and all. Waiters and random strangers became instant friends. And she was a hugger and kisser. If you knew Betty, you were certainly hugged by her many, many times.

Betty was an active member of the Maplewood Women’s Club and the Dorcas Circle. Every Friday morning you’d find her in the salon chair getting her hair washed and set. She enjoyed baking; her cinnamon coffee cake recipe remains legendary, far and wide. She could out shop almost anyone (except maybe Debbie), especially in the clearance section or at garage sales. She loved playing pinochle and was part of a card club for decades. When Betty wanted to take the bid (which was often), she bid high, whether she had the cards or not. Ever positive, she expressed unwavering certainty that the card she needed would be in the kitty.

During retirement, Betty and Pete traveled abroad, toured the United States, and were active members of Central Bucks Senior Center. For many years Betty was a fixture at the sticky-bun bake sale cashier’s table. Each fall, Betty accompanied Pete to the West, where Pete would hunt and Betty would love on the Wyoming and Colorado grandkids. Then at Christmas, it was time for Betty to visit Georgia, where Debbie’s children would get their hugs and kisses.

After Pete died in 2006, Betty continued her active life in Doylestown for many years, volunteering for the senior center, Doylestown Hospital and the church. In 2019, she relocated to a memory-care center in Georgia.

She was preceded in death by Pete, her sister, Alice, and her son-in-law, Michael Shannon.

Friends and relatives are invited to her viewing from 10 a.m. to noon on Friday, August 28 at Reed and Steinbach Funeral Home, 2335 Lower State Road, Doylestown. Please wear a mask. Social distancing safety guidelines will be followed. Interment will be private.

“Until we meet again, we’ll miss your hugs and kisses, Betty/Mom/Grammy/GG. Save us a seat at that great pinochle table in the sky.” 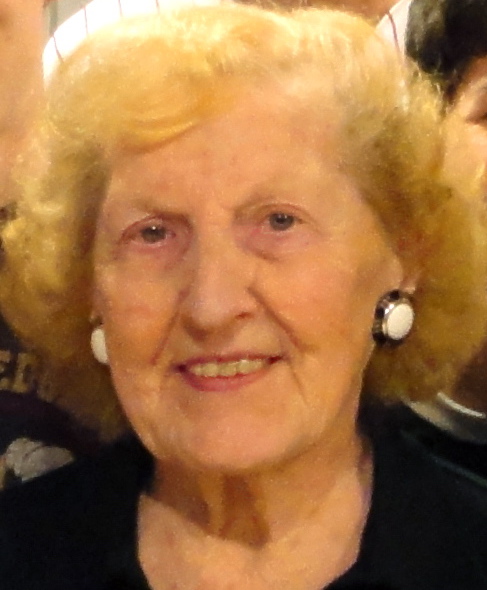