Roger W. Wendte of Warminster passed away suddenly at home on Saturday, July 18, 2020.

Born in Doylestown, he was the son of the late Henry D. and Cynthia (Quinby) Wendte.

Roger graduated from New Hope-Solebury High School, class of 1963 and attended barber school. He worked in various positions, among them being the youngest post master in Pennsylvania, having worked at the Carversville Post Office and partnering with Matt DeLuca as owners/operators of a Rekon Motorcycle Dealership.

Following in his father’s footsteps, he acquired his own barber shop, opening Tonsorial Salon II on Main Street, Doylestown in 1977.

Roger enjoyed spending time as a young man with his extended family at Peck’s Pond in the Poconos. He was an avid bowler, having spent years on a team at Thunderbird Lanes. For the past several years, he belonged to two APA pool teams, as well as being a member of the Rabbit Pellets racing team, participating in LeMons Racing. He was a member of the Doylestown J.C.’s for many years.

Roger always spent some summer time at the shore on LBI with his family and loved fishing while there. He especially enjoyed playing pinochle, often playing with his mother and stepfather, George Johnson.

Roger was a good man who would always help those in need. It seemed he could not go anywhere without running into someone he knew. He could never sit still, always working on a project. There was almost nothing that he could not fix.

Roger was married to his wife, Patricia (Curley) for 47 years. In addition to her, he is survived by his son, Christopher; his daughter, Jill Stewart, her husband, Jim; grandchildren: James IV and Jonathan and great-grandchildren: James V, Anthony, Erica and Emmie, as well as a sister, Cynthia DeLuca. He also leaves behind nieces, nephews and an extended family.

He was predeceased by his daughter, Elizabeth.

Relatives and friends are invited to his funeral service, 11 a.m., Monday, July 27, 2020 at St. Robert Bellarmine Church, 856 Euclid Avenue, Warrington, where the family will receive guests from 10 a.m. until the time of the Prayer Service. Interment will be private.

In lieu of flowers, memorial contributions in Roger’s name may be made to: Woodall Center for Heart and Vascular Care, c/o Doylestown Health Foundation, 595 West State Street, Doylestown, PA 18901. 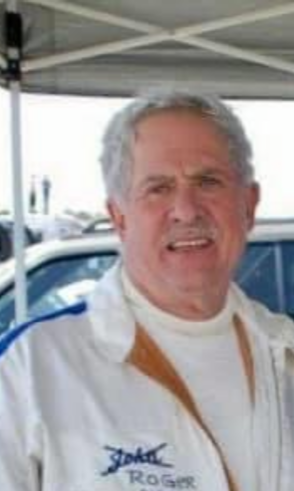